Nick E. Stahl’s fitness journey started in the 8th grade. Growing up as a skinny kid, he would seek help from his father, Keith Stahl, who inspired Nick to pursue an interest in fitness and bodybuilding. While attending uni, he decided to pursue his dreams by majoring in Kinesiology Movement Science to learn the ins & outs of the human body. After graduating in 2015, Nick decided to move to Southern California to further chase his dreams. He founded and manages his own fitness company, UnSTAHLABLE, derived from his last name STAHL. An online health & wellness website featuring hundreds of articles on useful fitness & wellness information anyone can read for free!

Nick’s first taste of bodybuilding success started in 2013 during those early college years, where he was featured twice over a six week period on Bodybuilding.com’s, We ‘Miring U series. They featured 20 hard working college students every week and their impressive physiques.

Nick was then determined to compete in real bodybuilding competitions. He debuted in the NPC Lehigh Valley Championships as a Men’s Physique competitor at 22 years old(seen as number 82 in the blue shorts). His hard work paid off later that year in the 2014 Delaware State Delmarva Classic, where he qualified for his first national level competition.

After moving to the west coast, he continued to compete in multiple bodybuilding shows, including his first west coast show the 2016 Musclecontent.com Championships where he placed 5th in Men’s Physique class C. He then followed up that show at the 2016 LA Grand Prix, in which he qualified for nationals for the 2nd time. Once on the East Coast and once and the West. 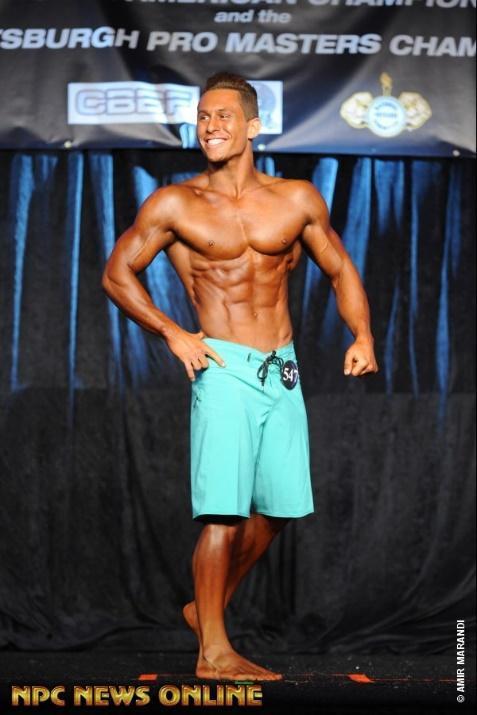 If you would like to see additional photos of his bodybuilding career please browse through the physique highlight in Nick’s instagram profile @nickstahlofficial. With an engaging following, Nick was nominated in the fitness community & attended the world’s first social media influencer awards in 2018, Monaco. With profound knowledge in fitness and bodybuilding, he aims to make a difference in the world by motivating, inspiring, and educating people on the information he is truly passionate about.

Topics #Nick E. Stahl
Don't Miss it Want to reach astounding heights of success? Ahmed Abdullah Al-Mutairi tells you how.
Up Next he undisputed king of the ring – MMA champion David Roberts is gearing up for a comeback.

Stablecoins are cryptocurrencies, and their value is tied to that of another currency or financial means. Stablecoins aims to provide…

“I don’t want it to be done, but at the same time I’m ready for what’s next,” the famous athlete…

The co-founder of “Thrown Media” creates a legacy of her own through micro-video content in the media and marketing industry.…

The US men’s public group pool is brimming with some of MLS’ buzziest players, yet despite the fact that he’s…

The 49ers began preparations for the NFC West showdown with the Seahawks, moving two rosters before Wednesday’s practice. Veteran cornerback…

The Big Ten struck once more. Ohio State emerged from the entryway ablaze Wednesday night and put Penn State behind…